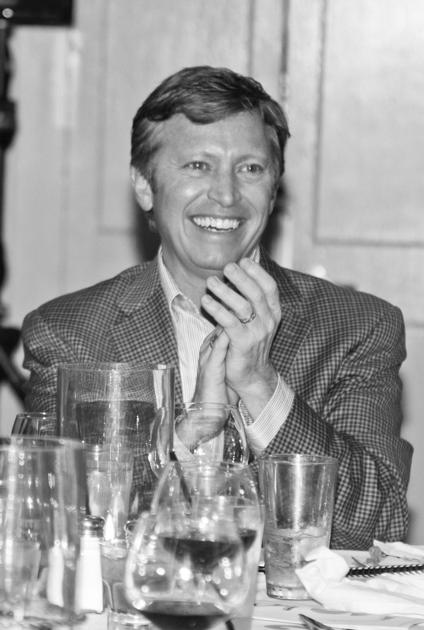 his outstanding long-term volunteer service to The Dee Norton Lowcountry Children’s Center (DNLCC), Tradd Newton—a native Charlestonian and owner of Fleet Landing Restaurant—has been named the 2016 recipient of the Philanthropy Leadership Community Award from the National Children’s Alliance (NCA).  The award will be presented on June 5th in Washington, DC during the NCA Leadership Conference Opening Reception.

Over the last 15 years, Tradd Newton has been contributing his time, resources, ideas and passion to support DNLCC in its mission to help children and families in the Lowcountry heal from the trauma of abuse.  From 2001-2005, Newton hosted annual gatherings at McCrady’s Restaurant, where he was the General Manager, and raised over $252,000 for DNLCC.  Newton’s idea behind these gatherings was to help educate people in the community about the issue of child abuse and the healing resources available at DNLCC in a social and comfortable atmosphere.

In 2004, Newton joined DNLCC’s Board of Directors and opened Fleet Landing Restaurant.  He invited DNLCC to move the annual event to Fleet Landing, and in 2005, “Chart a Course for Children” was born.  Not only did Newton underwrite the total cost of the food, wine and service for the event, but he also closed Fleet Landing to other customers for the entirety of the evening.  The Newtons’ generous donation allowed all funds raised during Chart a Course for Children to go directly back to the DNLCC and the children and families we serve.  “Chart a Course for Children” is an event known for its intimate size and generous heart, and has raised nearly $2.5 MILLION to support the delivery of critical services for abused children and their families seen at DNLCC.  The dinner auction has also brought to hundreds of individuals in our community increased exposure about the issue of child abuse and the resources available at DNLCC.

Newton’s efforts have demonstrably improved the lives of many abused children throughout the Lowcountry by protecting children from abuse, and ensuring that there is a place for abused children and families to heal when trauma touches their lives.